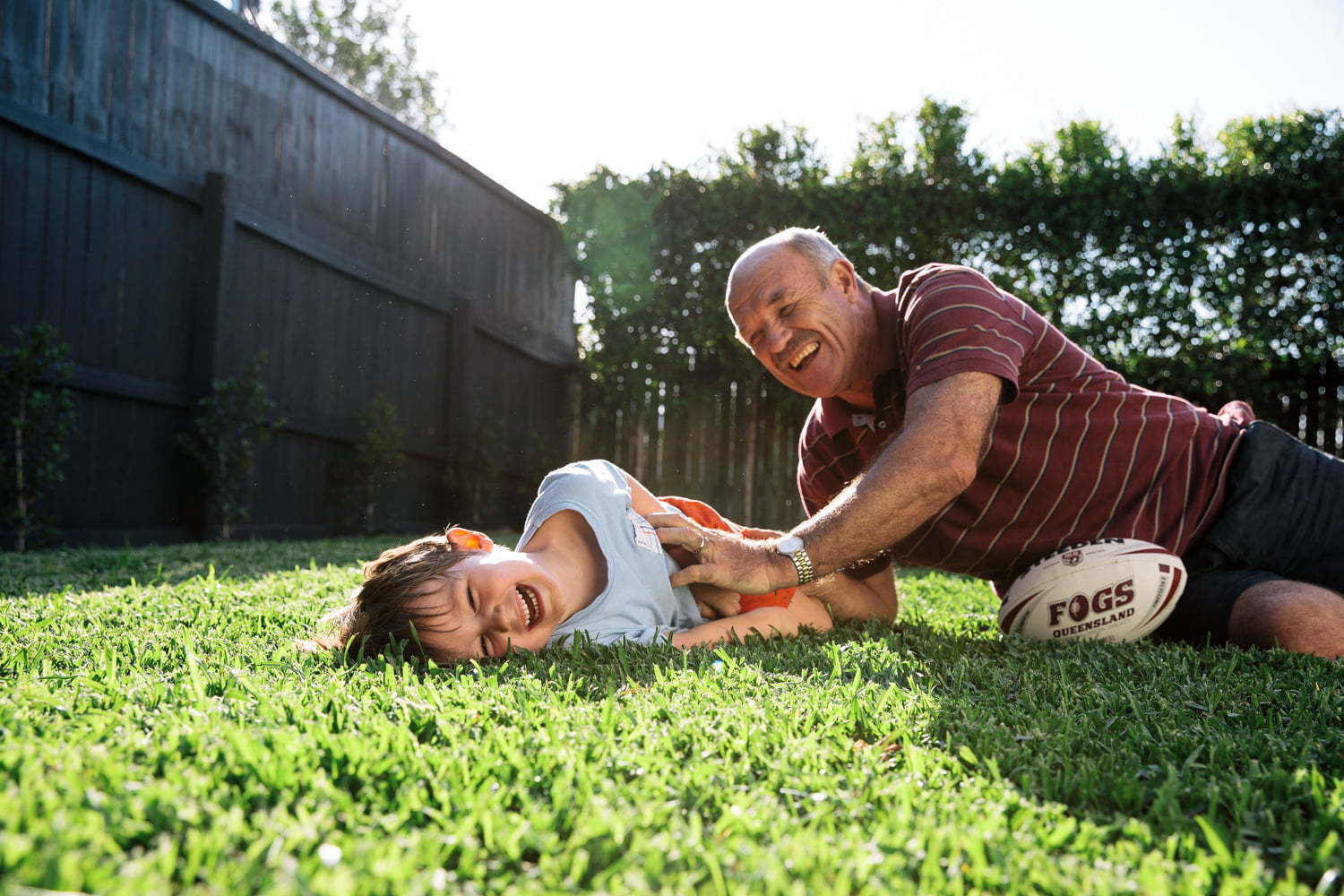 League great Wally Lewis returns to the field where his footy career began and talks about how he would like to be remembered in a rare insight into his private life.

LEAGUE legend Wally Lewis has opened up with a rare insight into his private life for a campaign promoting funeral home George Harnett.

As part of the campaign, Lewis returns to the Cannon Hill field on Brisbane’s eastside where he played his first game at the age of six, and talks about turning 60 and how he would like to be remembered.

Lewis turned 60 last year and said that birthday milestone, as well as his well-publicised health scare, made him stop and consider what was important to him and how he wanted to be remembered when he dies.

Surprisingly, he said he didn’t want to be remembered for his football.

“I think most sportspeople, when they are going through the highs of their career, see themselves as being invincible, and I was no different,” he said.

“I was 10 foot tall and bulletproof but you get to a point in your life where you really have to stop and consider what’s important and how you want to be remembered.

“I had a serious health scare before I was diagnosed with epilepsy in 2006 and it made me seriously think about my own mortality.

“I had to sit down and consider how I wanted to be remembered and I realised I already knew most of the answers.

“My own dad was a huge part of my life and I hope I’ve lived up to that example.”

As part of the series of video segments and photo shoots which will appear on social media and billboards throughout Queensland, Lewis reconnects with the Cannon Hill field where his playing career began.

“The King” recently returned to Bill Cash Memorial Park, where he first played football at the age of six, to shoot photos and video footage for the “Live in the moment: Live on in the memory” campaign for George Hartnett Metropolitan Funerals.

The statewide campaign urges people to think about how they want to be remembered after they die and Lewis said he was happy it enabled him to connect with a suburb which holds a special place in his heart.

When he was a boy, his parents Jim and June, bought their first home on Creek Road and before long he and his brothers had signed to play with the Cannon Hill All Stars.

Creek Rd was a vastly different stretch to the busy thoroughfare it has become, resembling more of a quiet backstreet in the outer suburbs.

“Mum and Dad still live in Cannon Hill and I know the area very well,” he said.

“I went to school just 250m from the footy field and I drive past virtually every night on my way home from work and look at it and remember plenty of good times.

“Cannon Hill and that field played a huge role in shaping me as a person and a footballer.

“I couldn’t count the number of times I went to training at those fields, so going back and just quietly sitting there and remembering the past was a very special thing to do.

“When I was sitting there looking out over the footy field I could still picture myself playing there as a six-year-old, with mum and dad on the sidelines cheering.

“Life is all about those sorts of memories and I now know, more than ever, that I want my family to have their own special memories of me when I’m gone.”

Lewis said the proudest moments of his life weren’t his 31 State of Origin appearances or the 33 times he wore the Australian jersey, but the birth of his three children – Mitchell, Lincoln and Jamie-Lee.

“I’ll be honest, I cried my eyes out every time,” he said.

“And to then become a grandfather, well, that’s really what’s important to me now.

“It’s all about family and there’s nothing I love more than having them all over for a barbecue or a game of footy or spending time together as a family.”

George Hartnett Metropolitan Funerals is part of the InvoCare Group and state manager Mandy Pengilly said it was an honour to have someone of Wally Lewis’ reputation involved in the campaign.

“There are few people as loved and respected by Queenslanders as Wally Lewis and for him to join us in this project says a lot about the significance of the ‘Live in the moment: Live on in the memory’ message,” she said.

“I think Wally’s message about taking the time to think about what is important in life and how we want to be remembered after we die will resonate with many people.”

Article courtesy of the Courier Mail.