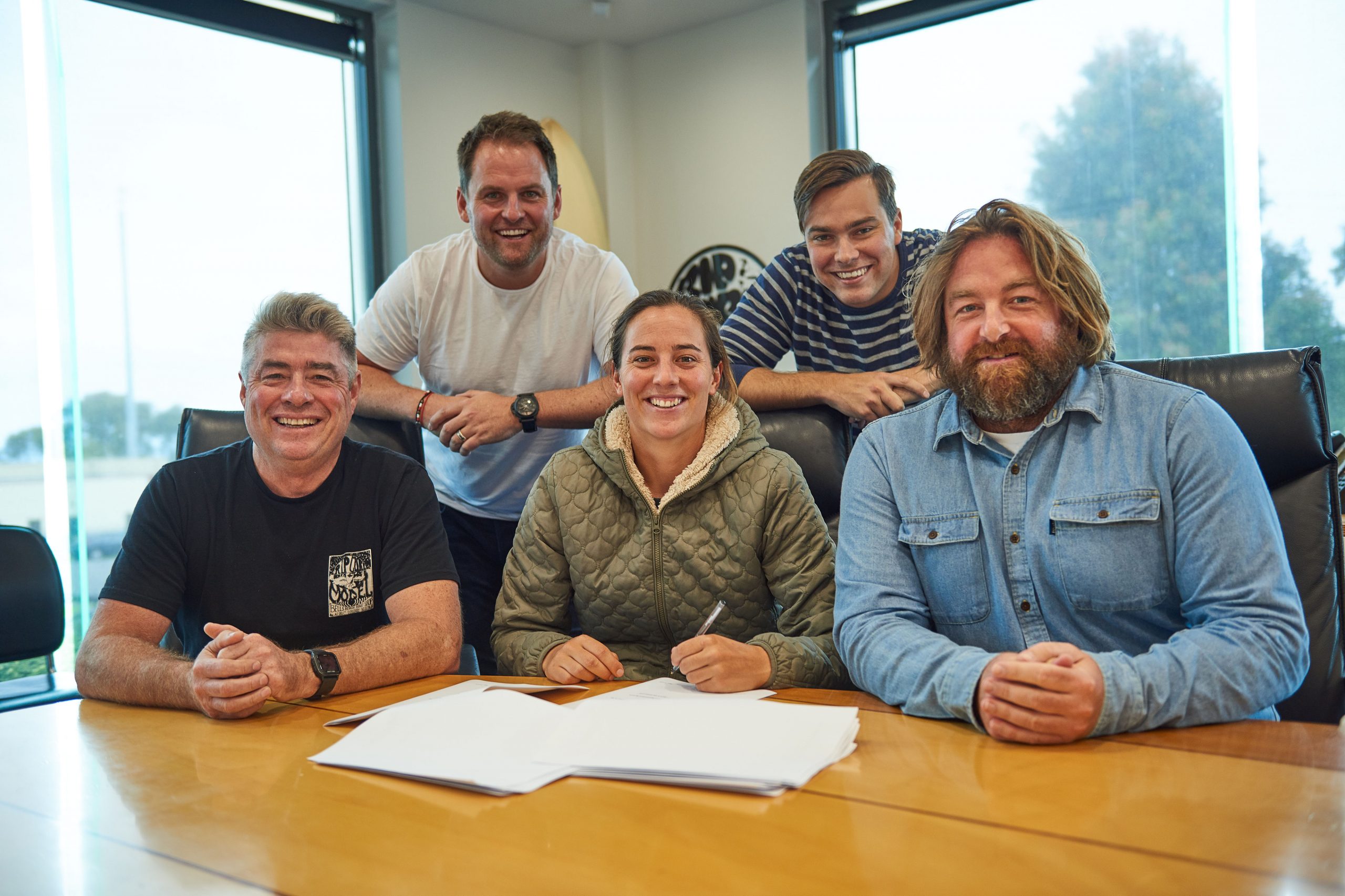 Along with a handful of new athlete contracts in 2020, Rip Curl has just finalised a new three-year deal with 2x World Surfing Champion Tyler Wright as she makes her comeback from illness on the WSL Championship Tour.

The talented natural footer and long-term Rip Curl team rider inked the deal on the eve of her comeback after almost two years off of the World Tour due to ongoingillness.

“Today I’ve come down to Torquay to sign my Rip Curl contract,” said Tyler Wright, just a few hours after inking the deal.

“I’ve been with Rip Curl for close to two decades. Being in a 17-year relationship means that we really get to expand as I develop and grow as a human. We have such a depth to our relationship that it really has evolved over the years, and it continues to.

We get to make the most of my abilities and of Rip Curl as a company, really joining together to make a strong next few years.

It’s a very exciting day, I’m excited for the next couple of years and the future ahead.”

Tyler’s return to Tour has been long anticipated. After falling ill in July 2018, the 2x World Champion spent more than a year-and-a-half battling illness and then movinginto recovery.

In late 2019 Tyler competed in the final event of the year in Maui, testing her capacity to compete and pushing her limits in the water. In 2020, she is confident that she’s ready to make her comeback to the World Championship Tour.

“My experience competing in Maui was completely different to anything I’ve ever experienced in competition. Everything seemed a lot less daunting and I felt a lot more capable and competent in the situation I was in. I’m excited to see if that transfers into a full year, and I’m excited to take out and learn from all of the things that I’ve experienced over the last decade.”

Tyler Wright is exclusively managed by The Fordham Company.