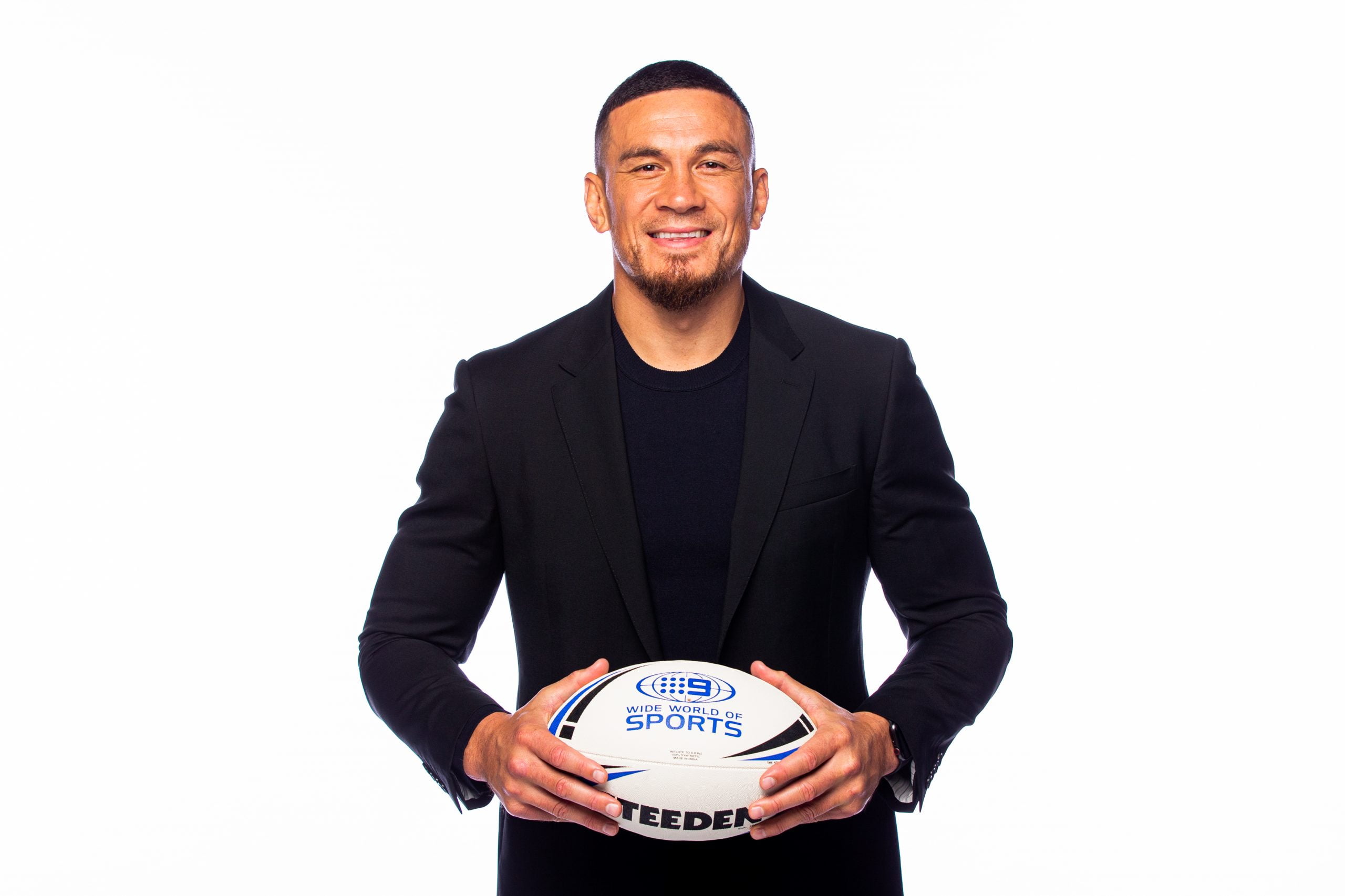 THE FORDHAM COMPANY is proud to announce, on behalf of Sonny Bill Williams, SBW has signed with the Nine Network and Stan Sport. Off the back of the recent announcement of the groundbreaking publishing deal with Hachette The Fordham Company brokered this next significant partnership.

An unrivalled resume of being a two-time Rugby World Cup Champion, multiple time Bledisloe Cup Champion, two-time NRL Champion, Super Rugby Champion, and an undefeated heavyweight boxing champion – the man known simply as ‘SBW’ has proven to be one of the world’s greatest athletes in recent decades.

The deal will see Williams join the Stan Sport commentary team following the hugely successful launch of the Super Rugby AU and Aoteroa competitions on the add-on sport package, lining up alongside former Wallaby stars such as Tim Horan, Morgan Turinui and Drew Mitchell, and fellow All Blacks legend Andrew Mehrtens.

Being a dual-code superstar, Williams will also form part of the NRL on Nine team, lending his experience and knowledge across the season to the biggest games, alongside other legends of the sport such as Andrew Johns, Brad Fittler, Billy Slater and Johnathan Thurston.

Sonny Bill Williams said: “I’m honoured to have this opportunity to join the Stan Sport and Nine team. Before I decided to step into this space I just asked myself that simple question: is it going to be challenging? And the answer was an overwhelming yes.

“I know I represent a lot of young Polynesian boys and young Kiwi boys. We represent so much on the field. But when it comes to off the field, we’re not really in this space. So just being able to jump into that space and see how we go, that’s what I’m looking forward to the most.”

Nick Fordham, CEO of The Fordham Company, who brokered the deal on behalf of Williams said – “Having the opportunity to be part of these major opportunities on behalf of Sonny and his long-term agent Khoder Nasser is an incredible opportunity for The Fordham Company. With yesterday’s formal announcement that Sonny-Bill Williams has retired from his incredible rugby league and rugby union career, this is just one of the many new chapters in his incredible story.”