RUGBY RIGHTS DEAL MADE IN HEAVEN: COURAGE TO SHUTE FOR THE STARS 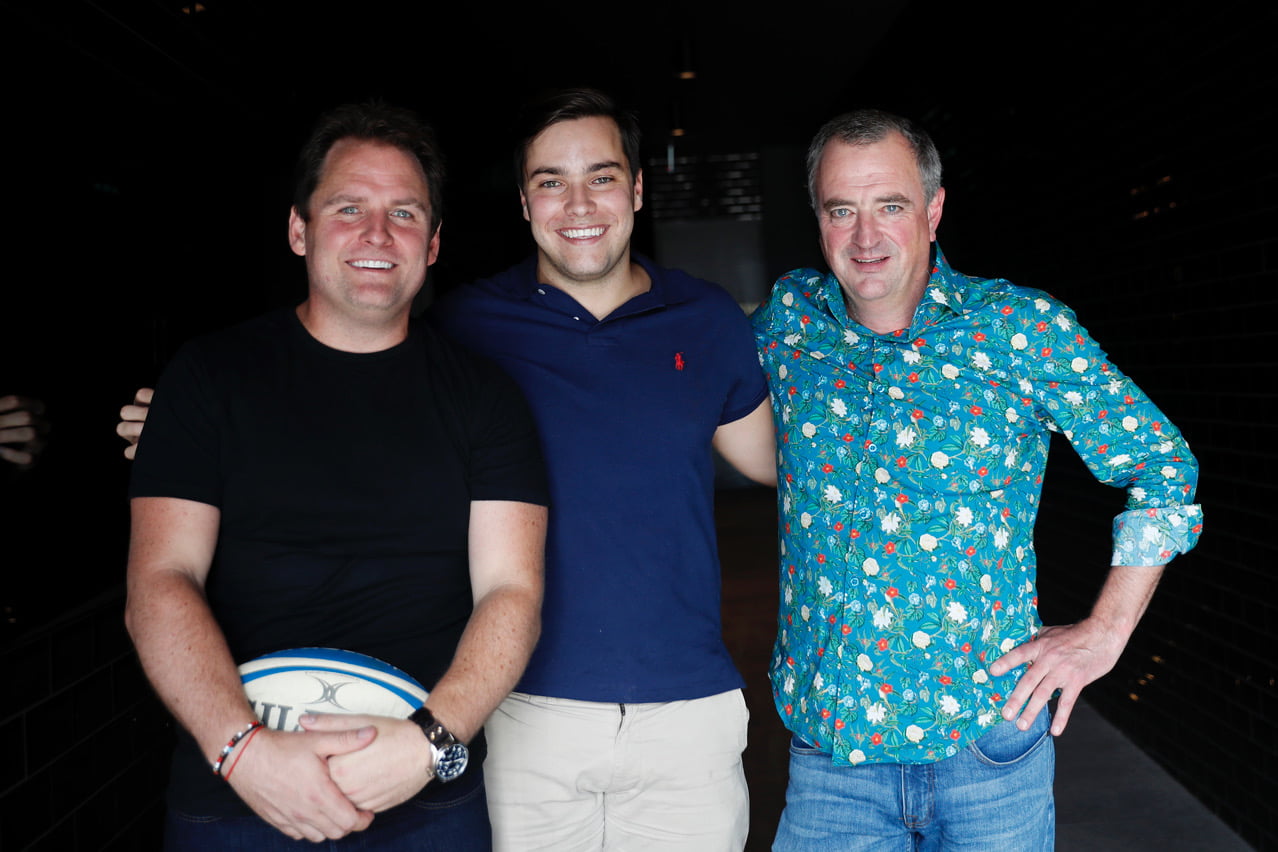 Talent agency boss Nick Fordham always had an interest in sports rights but it was a chance encounter and advice from media legend Ian Frykberg that stuck with him.

“I was walking down to the beach one time and walked past a bloke sitting on the park bench in the sun having a milkshake and it’s Ian Frykberg. I said: ‘Oh Mr Frykberg, can I join you.’

The rights, which could not have be given away five years ago, were all of a sudden at the fulcrum of a fierce broadcasting rights battle between Rugby Australia and Fox Sports (majority owned by News Corp, publisher of The Australian).

Desperate to present a “total rugby” product to a potential broadcast bidder that would take in Wallabies, Super Rugby and club rugby, the Raelene Castle-led RA needed the rights to the Shute Shield competition that it had neglected for years but which had become a much-needed success story for Australian Rugby.

How Fordham came to own the rights involves his business partner John Murray and a Sydney-style encounter aboard a harbour cruise with one of James Packer’s former lieutenants.

“We’re sort powering along in the harbour, the first time we met, John Murray came up and said ‘I have been meaning to meet you. I want to talk to you about what I’m doing. I’m streaming club rugby’. And I was like, ‘Oh, I’m really interested in that’,” Fordham said.

Murray is a stockbroker who had access to a streaming business that showed stock results but had done a deal with the ABC that allowed him to stream the secondary match of the round from his own truck, nicknamed “the caravan of courage”.

“I thought he was mocking me, pretending to be interested. But he was the first and only person I ever met who said, ‘that’s a great idea’,” Murray said.

After a decision by the ABC to drop the Shute Shield in 2015, Murray and Fordham picked up the rights for nothing and Club Rugby TV was born. They cobbled together a deal with Sydney Club Ruby and Seven to show the match of the week on 7Two for $250,000 and another $50,000 for production costs.

Despite effectively being paid by the Sydney Rugby Union to get the games on Seven, Fordham and Murray also took a great financial risk by underwriting the first season in 2015.

“Seven said we’re about to let your 3-5 schedule go on Saturday unless you sign the deal,” Fordham said.

“And so we thought, OK, well we don’t have any sponsors, we didn’t even have a production team, and it’s just one of those moments you have a crack. So we signed the deal with Seven, which made us underwrite the entire season ourselves.”

Despite signing a major sponsor, the early days were not a success. Murray was nicknamed “blue hands” because he had to paint the sponsors’ logos on the field himself, and a pretty bad first season grand final at Concord Oval (“Half our sponsors were gone at half time,” says Fordham).

“But something “clicked” in 2016 in terms of sponsorship and crowds, helped by a move to North Sydney Oval.

“That year we had 12,000 people at the grand final. North Sydney looked amazing and was full,” Fordham said.

“We got lucky. It didn’t rain. Great day. Great game. I think that was the year Norths won for the first time in 40 years. Magical events helped turn the whole thing around,” Murray said.

Fox Sports began to broadcast the games into New Zealand and Asia, meaning it was getting traction outside Sydney, but RA still didn’t want anything to do with the competition.

That was until Fox Sports made the offer to refinance the competition and show the match of the round on Foxtel and the rest on Kayo in the midst of the current rights battle. It forced RA to the table to buy the rights to Club Rugby TV.

“People say Fox got involved after talks broke down with Rugby Australia. That’s not true. Fox were involved three years ago,” Fordham said.

Despite making a healthy profit from the deal with RA, Fordham said the most satisfying aspect was to guarantee the future of the clubs.

“The ultimate business deal is picking up something because no one wants it,” Fordham said.

By Leo Shanahan, The Australian