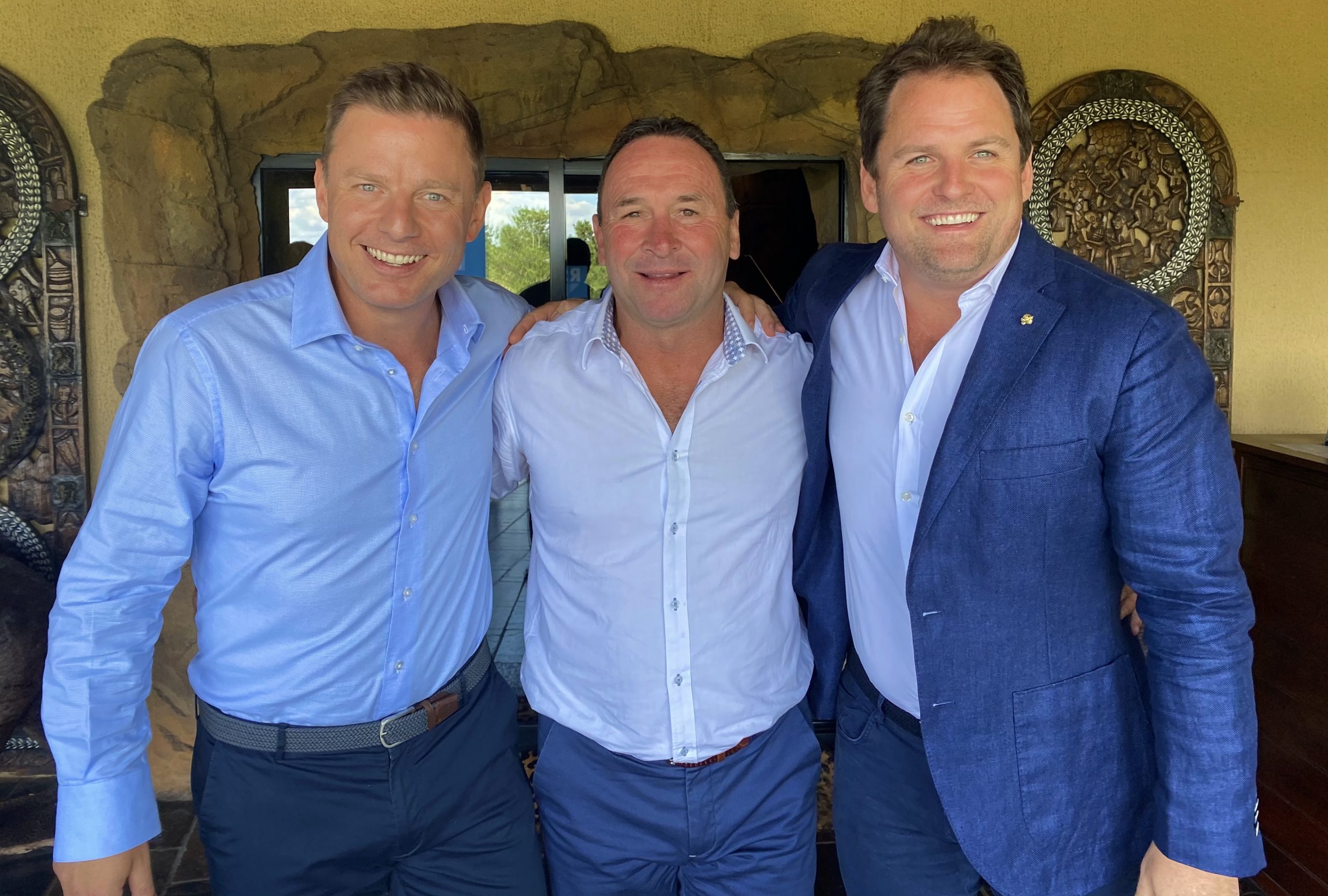 In 1986, my Dad, Jack, first met Ricky Stuart when he managed the Australian Under 21’s side. Ricky dominated the squad, and Dad instinctively knew that this young man was a cut above most other rugby players at the time. In 1987, Ricky was selected in the Wallabies touring team to Argentina.

“When he came back, in 1988, he moved to the northern beaches with the intention of playing for Manly in rugby union. He got picked in a North Harbour versus South Harbour trial at the start of the season, and there were some league scouts there that day,” Jack later recounted.

These scouts contacted Ricky’s parents, Les and Jackie, who called Jack to see if he could offer some advice on how to proceed with offers to switch codes. The contract deal that saw Ricky Stuart’s stellar league career happened in our lounge room and the next minute he was a Canberra Raider. Dad had never acted for anyone as an agent before, so this experience was a turning point for him professionally, eventually changing the trajectory of TFC. This was an incredible moment for Ricky but also for our family business. I wouldn’t be doing what I’m doing today if it wasn’t for this pivotal moment.

And, as they say, the rest is history: Ricky went on to have a highly successful career both as a player and later as a club, Origin and Kangaroos coach. He won multiple premierships, and he has won every award the code has on offer for players and coaches. As a family, and as a management agency, we have been by his side the whole time.

But by far his greatest achievement has actually been off the field. Ricky and wife Kaylie’s daughter Emma was diagnosed with Autism at a young age. When faced with seeking respite for Emma, Ricky decided to form The Ricky Stuart Foundation and build facilities for families like their own. My old man became a founding board member. My brother and I continue to work closely with the foundation, honouring Jack’s dedication to helping Ricky achieve his dream of creating bespoke respite centres for families in need.

This week in Canberra, The Ricky Stuart Foundation announced their third respite centre. It is to be called, John Fordham House, named after our dearly missed old man, who passed away on November 10, 2019.

I’m also proud to be stepping into my Dad’s shoes on the Board of The Ricky Stuart Foundation.

Ricky was planning to visit Dad that very weekend as he was nearing the end of life, but Jack decided to pull up stumps early. In Dad’s last hours, by chance, I called Ricky at 5am to tell him Jack was on his way out and asked if he wanted to say goodbye over the phone to the bloke who guided him throughout his entire career. Ricky spoke to Jack, who he referred to as his second Dad. Jack always saw Ricky as his third son – and in turn, Ben and I call Ricky, our brother.

I am very proud to be continuing the journey in supporting our brother Ricky Stuart, on behalf of my Dad. Watch this space.

Ricky Stuart is exclusively managed by The Fordham Company