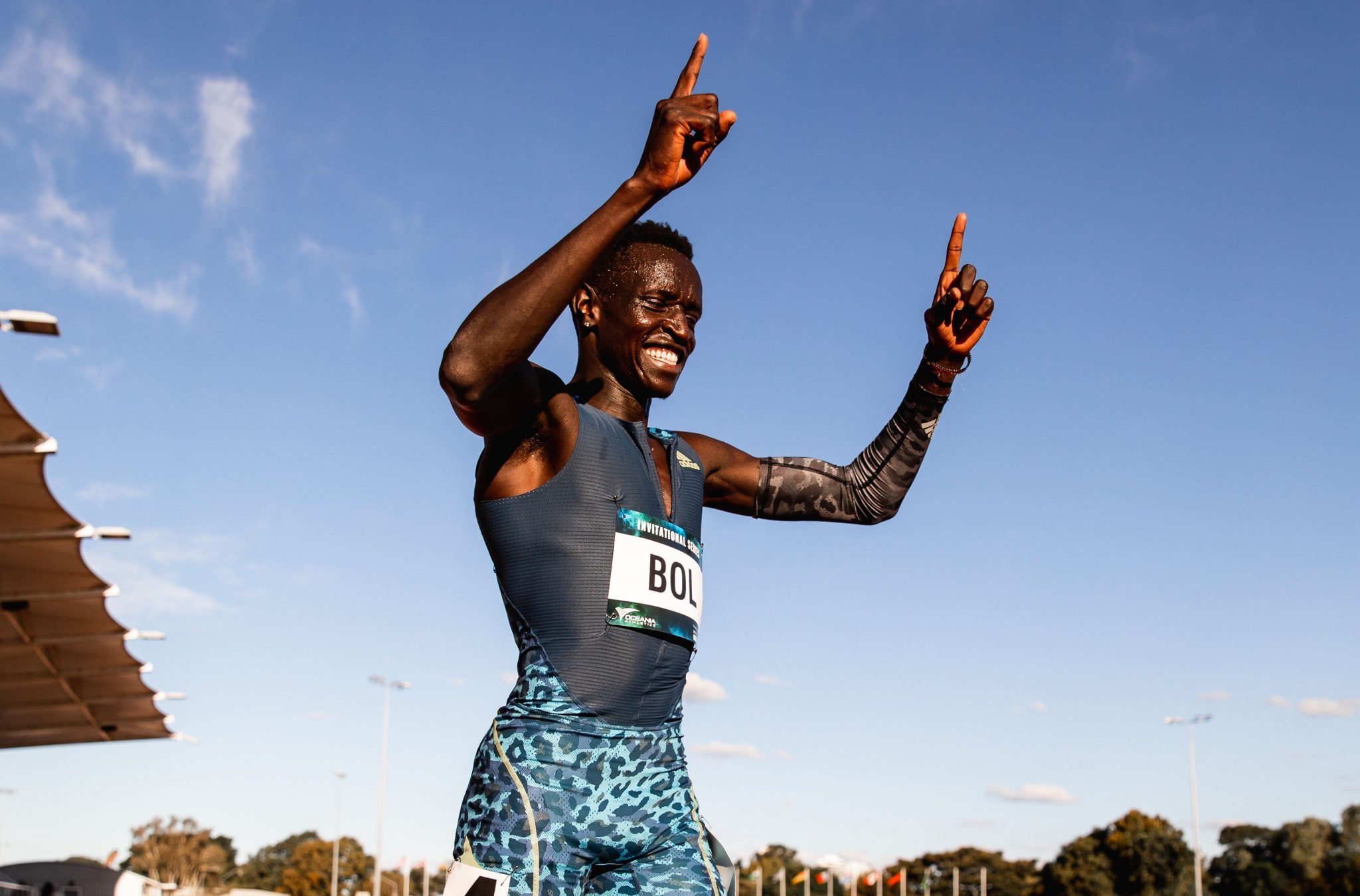 Bol, who captivated Australia and the world with his incredible 2020 Tokyo Olympics campaign, cemented himself as one of Australia’s most promising track and field stars in decades.

There are many conflicting and captivating stories that claim detailed knowledge of Peter Bol’s journey from a boyhood in troubled North-East Africa via Egypt to Australia, many of them incorrect, but in Peter’s own words, “I don’t think people should be seen as a refugee or a migrant or something like that… get to know the person instead of the assumptions.”

Peter Bol, the person, is one of those rare sporting talents who has lit a fire that burns beyond the track, field or arena of his achievements, beyond the heats and the final of his Tokyo accomplishments. He has ignited the conversation about what it is to be Australian and what those Australians achieving international sporting greatness look like, because Peter Bol does not fit the mould the world and his adopted homeland are used to.

It gives us great pleasure to begin this journey with Peter and his athletics manager, James Templeton, as we climb new heights both on and off the track.

Fellow, champion athlete and decorated Paralympian, Kurt Fearnley: “Peter Bol. Take a bow.” Ex-Socceroo and humanitarian, Craig Foster: “All of Australia loves Peter Bol. Peter’s entire life is about courage.” Ex-opposition leader, Bill Shorten, has been Peter Bol’s literal running mate and had this to say: “Peter Bol, what a legend. It’s been a privilege to know him.”

It’s been a long while since Cathy Freeman had Australia on the edge of their collective athletic seats, but now a young man, who values his family and his country more than anything, has taken that place in the heart of the nation, “I didn’t know if I was going to win, but I knew one thing for certain, that the whole of Australia was watching and that carried me on…”

Peter Bol – “I am very excited to be signing with The Fordham Company. They understand my running career and its demands. Nick and the team are going to be great to work with as we explore new opportunities.”

James Templeton – “It’s been incredible watching Pete at the Tokyo Olympics this last ten days. I’m confident he’s going to continue to progress on the track in the coming years. Off the track its fantastic to now be paired with The Fordham Company. They are totally onboard with his running and were all excited to be working together.”

Nick Fordham – “Peter Bol is so much more than a world class athlete. He lifted every Australian’s spirit during a fairly ordinary time sharing his incredible performance during Tokyo Games. Dreams do come true, only through sacrifice, hard work and shit loads of dedication. We are incredibly honoured to work with such an impressive young man. The future is bright for Peter Bol.”