By Kirsty Symonds, The Courier Mail

THE King has added another jewel to his crown.

Rugby league legend Wally Lewis has marked an incredible 20 years at Channel 9 in Brisbane this week, telling The Sunday Mail it had been a privilege to continue his passion for sport following the end of his professional career in the game. 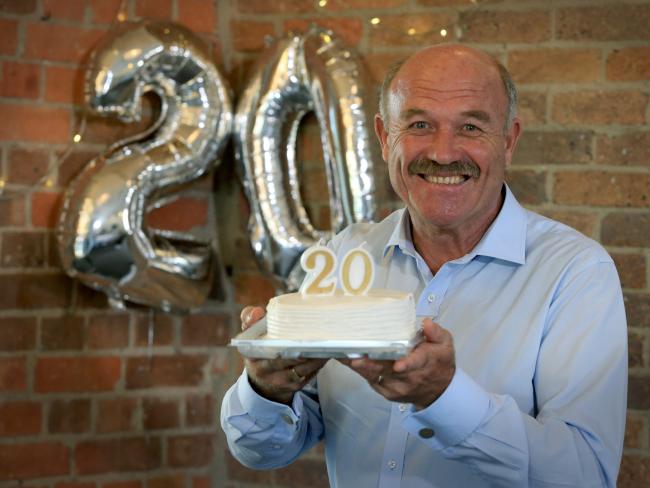 “I’m very happy that I’ve had the opportunity to tell people the story behind it and just what it feels like when you get to go out on the paddock in front of thousands of screaming fans and the pressure that builds up in the lead up,” he said.

Lewis said his time with the network had “flown by” but he still vividly recalled his early days.

“When I first started, I remember saying something along the lines of ‘I’m not Einstein and I have played rugby league all my life and most people believe we aren’t the smartest operators’,” he said.

“It was a big learning curve.

“But now, you do think ‘oh, no wonder my hair is falling out so quick’, it’s just remarkable (how fast time goes) because I don’t feel too different to what I did a long time ago.”

He said his biggest highlight had been Nine’s support in 2007 when he had life-changing brain surgery to stop epilepsy destroying his media career after suffering two seizures in the newsroom.

“They could have easily said ‘this is ridiculous, we can’t do this’ but the only conversation I ever had with Nine was ‘go home, see a doctor and look after yourself’,” he said.

“After months of recovery I was welcomed back with open arms and it was an important moment in my life.”

But Lewis said there were no major celebrations for his 20-year milestone, it was simply business as usual.

“Origin is already being talked about by every football fan,” he said.

“I could never get bored of reporting on it because every game is different – the drama attached to each and every one, the excitement, the thrills and spills, and, of course, the enormous disappointment.”

Wally Lewis is exclusively managed by The Fordham Company.