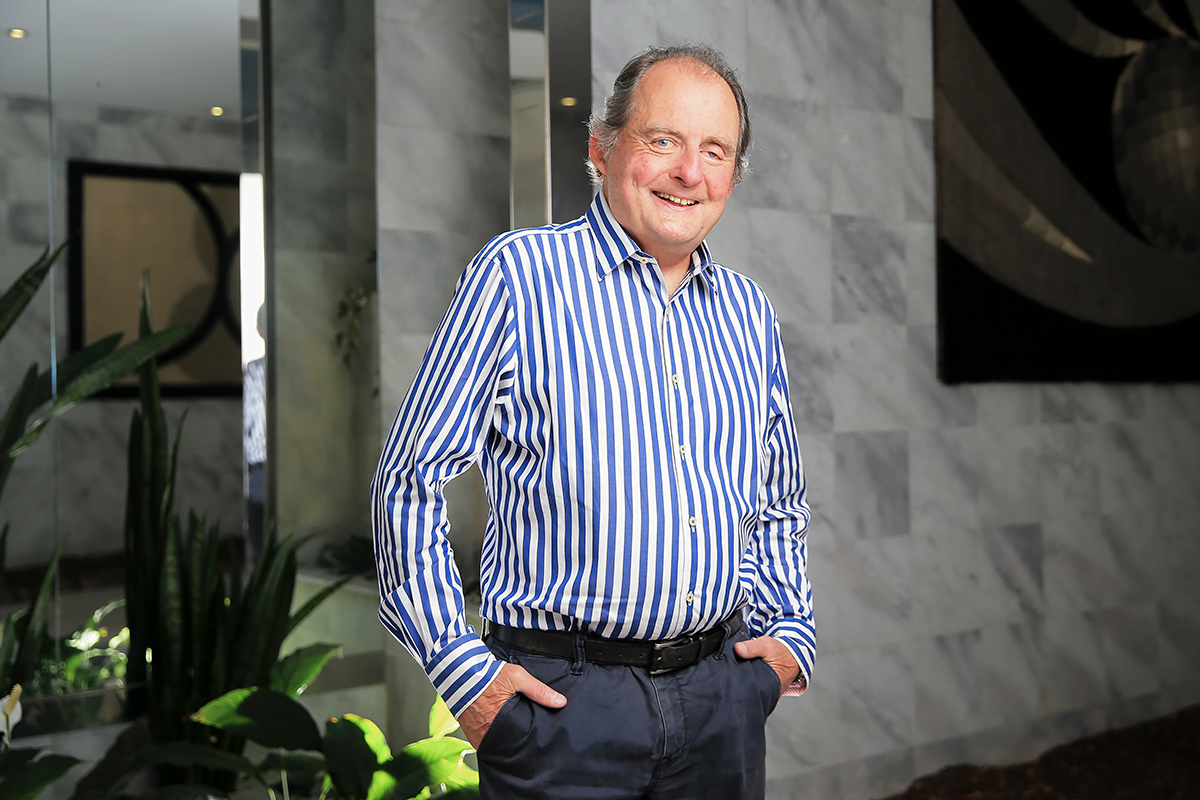 Sydney has lost one of its most colourful characters with the passing of celebrity agent John Fordham. Phil Rothfield remembers a true larrikin, prankster and peacemaker.

John Fordham spent his last day swapping race tips with Alan Jones, having a punt, a beer, laughing with Joey Johns and trying to finalise a tense contract negotiation for one of his biggest clients.

Hours later, Sydney lost one of its most colourful and mischievous characters with the passing of the celebrity agent at 7am Sunday morning at age 75, losing a long and brave battle against throat cancer.

John Fordham was a true larrikin, prankster, wine connoisseur and loving father to Ben, Nick and Sarah and devoted husband to Veronica.

The day before Fordham had hosted a who’s who of sporting legends and radio stars at his bedside at the Sacred Heart Hospice in Darlinghurst. Rugby league immortal Andrew Johns and Canberra coach Ricky Stuart, radio legends Alan Jones and John Laws and former Australian cricket captains Mark Taylor and Ian Chappell all paid Fordham a visit, such was the respect and love for a true larrikin, prankster, wine connoisseur and loving father to Ben, Nick and Sarah and devoted husband to Veronica.

On Monday, Prime Minister Scott Morrison, Premier Gladys Berejiklian and police commissioner Mick Fuller will attend a private function where Fordham was to receive a Member of the Order of Australia (AM) award. It was brought forward in the knowledge Fordham would not make it to January 26.

“It was to be a surprise for Dad,” his 2GB broadcaster son Ben said.

“Just before he passed I told him the function would still go ahead and he died a very proud man.”

Right to the end, the celebrity agent was working.

“He dictated a really heavy message on Saturday afternoon involving one of his clients in a contract negotiation,” Ben Fordham said. “It was very robust, very stern to an employer and he was determined to get it resolved.”

Fordham could rarely slow down, even in his final days, Ben said.

“Just before I was to go on air for my final show, Dad sent me an email,” he said.

“He wanted a plug for a bottle of wine he had created to raise money for the head and neck cancer foundation that he’d set up.

“Even on his bloody death bed he’s fundraising. It was Dad all the way, being the master of marketing and always looking for an opportunity right to the very end.”

Broadcaster Jones yesterday recalled the highlights of a tight 40-year association with Fordham that began in rugby union in the 1980s. It was actually Fordham who approached the old 2UE boss, legendary kingmaker John Brennan, to give Jones his start on the breakfast show. The rest is history.

“It was his loyalty and generosity that stood out to me,” Jones said. “He was the most amazing storyteller, had a wonderful sense of humour and was a lot of fun.

“Such a prankster, and we laughed more than we cried.

“I would always bounce things off him. He was a great sounding board.”

Fordham had the best media connections.

Sadly, Ben Fordham rang at 7.30am to break the news that it was too late.

I was going to take a notebook because we had a tradition at this time every year.

In late December, I publish a list of those who won’t exchange Christmas cards in What’s The Buzz, Sydney’s best feuds: Who’s not talking to who?

Fordo knew of all the big fallouts from an extraordinary range of connections because he was often called in as a peacemaker to fix broken relationships that you would think were beyond repair.

When John Laws and Ray Hadley went more than 10 years without talking, Fordham took them to lunch and sorted it out.

They made peace, at least for a short period, and long enough for Fordo to leak it the media so there would be a photo of their lunch in Sydney Confidential the next day.

When Ricky Stuart and Phil Gould hadn’t spoken for more than a decade, Fordham got them back together over a lunch in Sylvania.

Anything for a long lunch.

Fordham loved his rugby union and cricket, but rugby league, too.

In fact, it was Fordham’s own idea almost 40 years ago to approach Rugby League Week editor Ian Heads with a concept to launch the Immortals, symbolising rugby league’s highest individual honour.

Ben Fordham speaks so proudly of his father’s influence on their family and friends.

“His drinking buddies from around Woollahra came in on Saturday with a six pack,” he said.

“He told them he wouldn’t be around in a week.

“There was nothing left in the tank and he went out a winner.”

Fordham’s other son Nick, who has taken over the family business, slept at his bedside for the final week.

He passed away at 6.59am, with his favourite Frank Sinatra song, My Way, playing softly in the background.

By Phil Rothfield, The Daily Telegraph