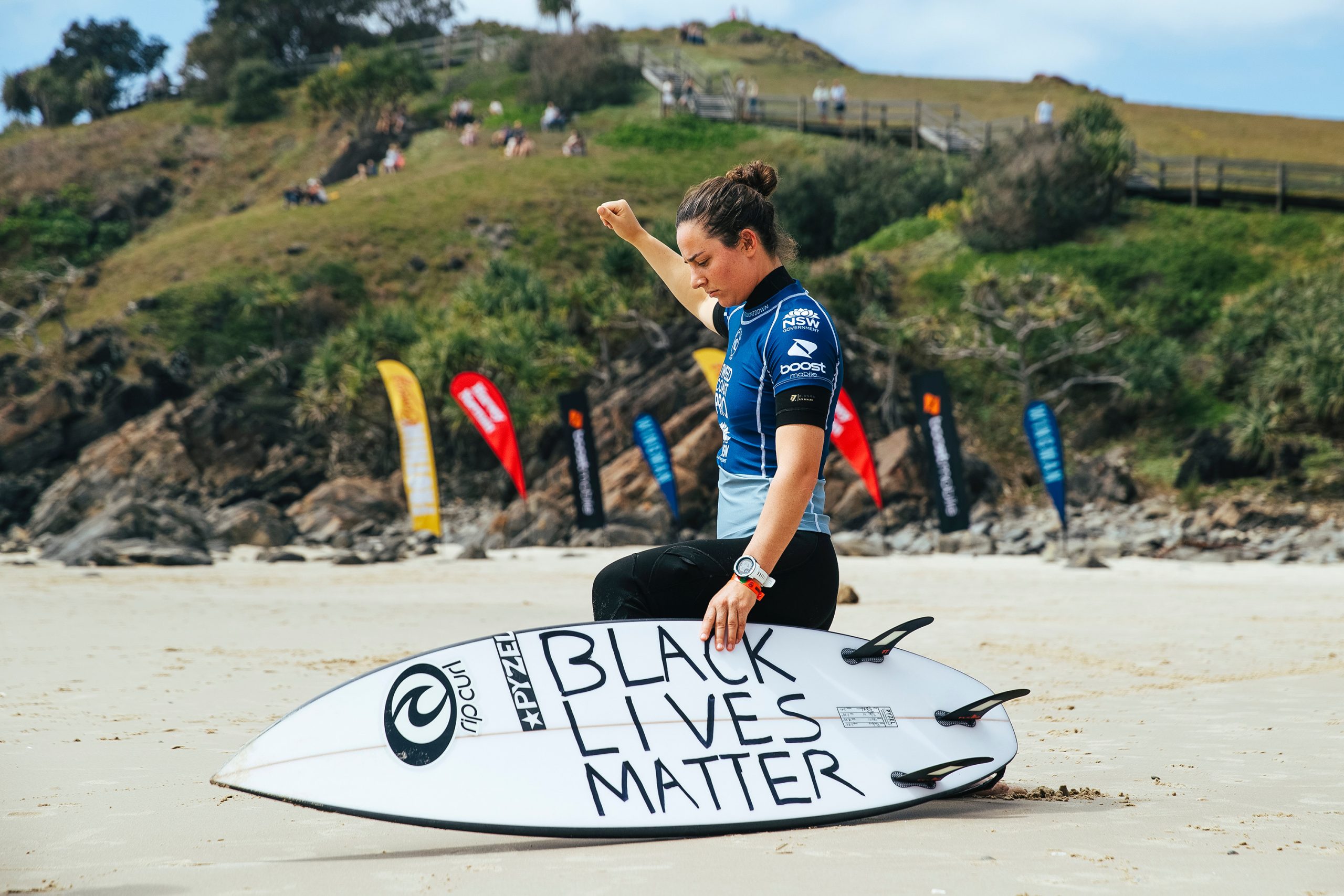 Two-time world surfing champion Tyler Wright is making up for lost time with an emphatic win over Stephanie Gilmore in the final of the Tweed Coast Pro.

A battle with chronic fatigue syndrome sidelined Wright for 17 months before she made her return to the World Surf League at last year’s season-ending Maui Pro in Hawaii.

Wright was expected to return to full-time competition on this year’s tour before Covid-19 forced the championship to be abandoned. In its place a three-event Australian Grand Slam of Surfing is the only chance the country’s best will have to showcase their talent in 2020.

Wright spent the past six months surfing and training with Gilmore and the seven-time champion has helped keep her young rival get to top shape.

The 26-year-old, who eliminated Tokyo Olympian Sally Fitzgibbons in the quarter-finals, used her power and speed to make a statement in the final. In a dominant performance, her throwaway score was better than Gilmore’s best in the Monday final at Cabarita beach in far north NSW.

Wright, who used her heat to make a Black Lives Matter protest, said she had loved her time training and competing in the final with Gilmore, who will also represent Australia at next year’s Games.

“She’s been one of my biggest idols for a long time and a good friend now,” Wright said of Gilmore. “Through Covid, Steph and all the girls have really been there.

“When it all shut down I was probably still in recovery from the last few years and Steph called me and said, ‘I’m coming to pick you up’ and we’ve been surfing every day so it’s been a really nice time to connect.”

During the heat on Sunday, Wright knelt for 439 seconds – one second for every First Nations person in Australia who has lost their life in police custody since 1991.

The Grand Slam features three events at Gold Coast, Margaret River and Tweed Heads and 24 surfers across the men’s and women’s fields.

Tyler Wright is managed exclusively by The Fordham Company.