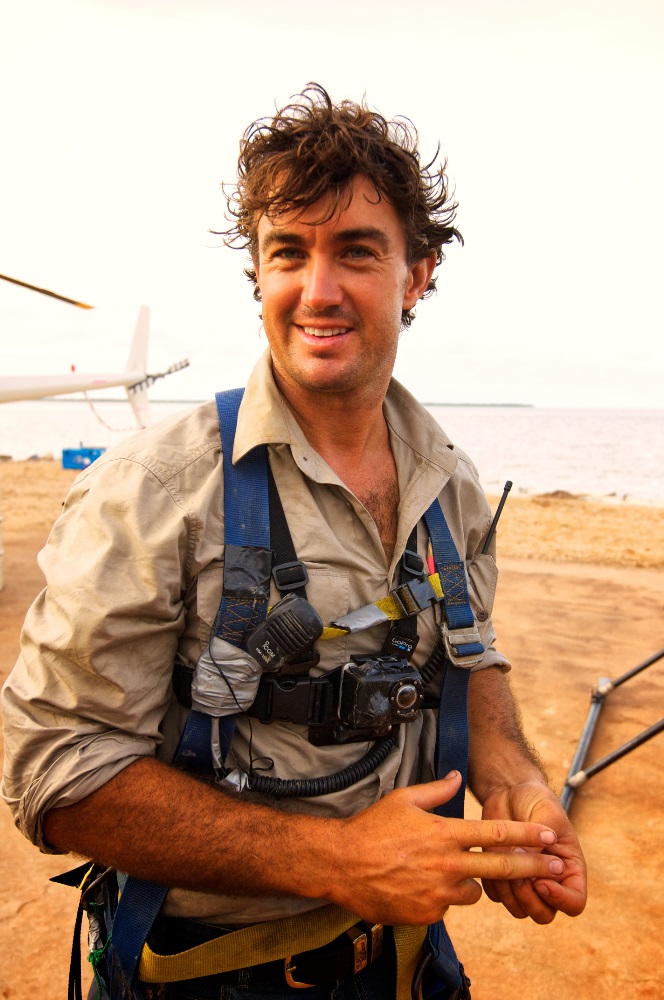 The dare-devil helicopter pilot and wildlife re-locator projected his skills to a global TV audience in over 130 countries, as the star of National Geographic’s acclaimed series Outback Wrangler.

But the rugged yet polished product of the wilds of Papua New Guinea and the Australian outback has numerous other strings to his bow that have established him as an emerging talent of the highest order.

So much so, that Tourism Australia has recruited South Australia-born Wright to sell the virtues of his homeland in one of the world’s biggest tourism markets – the United States of America - as part of his role in the hugely-successful ‘Dundee’ television commercial which made its debut to a worldwide audience in the 2018 Super Bowl telecast.

Outback Wrangler became one of National Geographic’s hottest products.  In addition to the program’s international exposure over four seasons, it also aired on Australia’s Nine Network.

As a child, Matt Wright was raised in Papua New Guinea and the Australian outback, where, living off the land and being comfortable with animals such as deadly snakes, spiders, stampeding cattle and even sharks, was simply way of life.

By the age of 10, he had a collection of some of Australia’s most lethal animals: including three deadly King Brown snakes (that lived in his bedroom) and was frequently in trouble at home and at school for eagerly sharing his ‘pets’ with his classmates and family.

As an adult, Matt’s career path has seen him tackle a range of jobs that require both nerves of steel and a practical ‘can do’ attitude. Spending time as an outback horse wrangler, oil rig worker, soldier in the Australian Army, crocodile egg collector and, more recently, a professional chopper pilot and instructor.

Today, Matt’s passions and unique skill sets have turned him into a career as a wildlife re-locator; tracking down, capturing and transporting a diverse range of dangerous animals including crocodiles, wild buffalo and even Polar Bears. His objective is based on the preservation of wildlife: to remove and relocate problem animals rather than kill.

Working in a specific junction between the world of the wild and the world of humans, Matt’s moto is “any animal, anywhere, any time” and he has plied his unique trade all over Australia as well as North America.

As a highly experienced chopper pilot, Matt is able to access areas that would otherwise be impossible to reach; as a conservationist he brings a unique practical skill set and a perspective based on hands-on experience and a genuine compassion.

Matt works closely with scientists, wildlife management authorities, Indigenous elders (traditional landowners) and cattle station owners to ensure a win/win situation for both the animals at hand as well as the humans that need his help.

Off the back of Outback Wrangler’s success, Matt Wright has published two books with Penguin Australia and is currently partnered with Great Northern, Yokohama, Ariat Australia and G-Shock.

Earlier this year, Matt and his team completed filming their brand new series, Wild Territory.  Currently airing weekly on the Nine Network, Wild Territory will also be released globally on Netflix later in 2022.