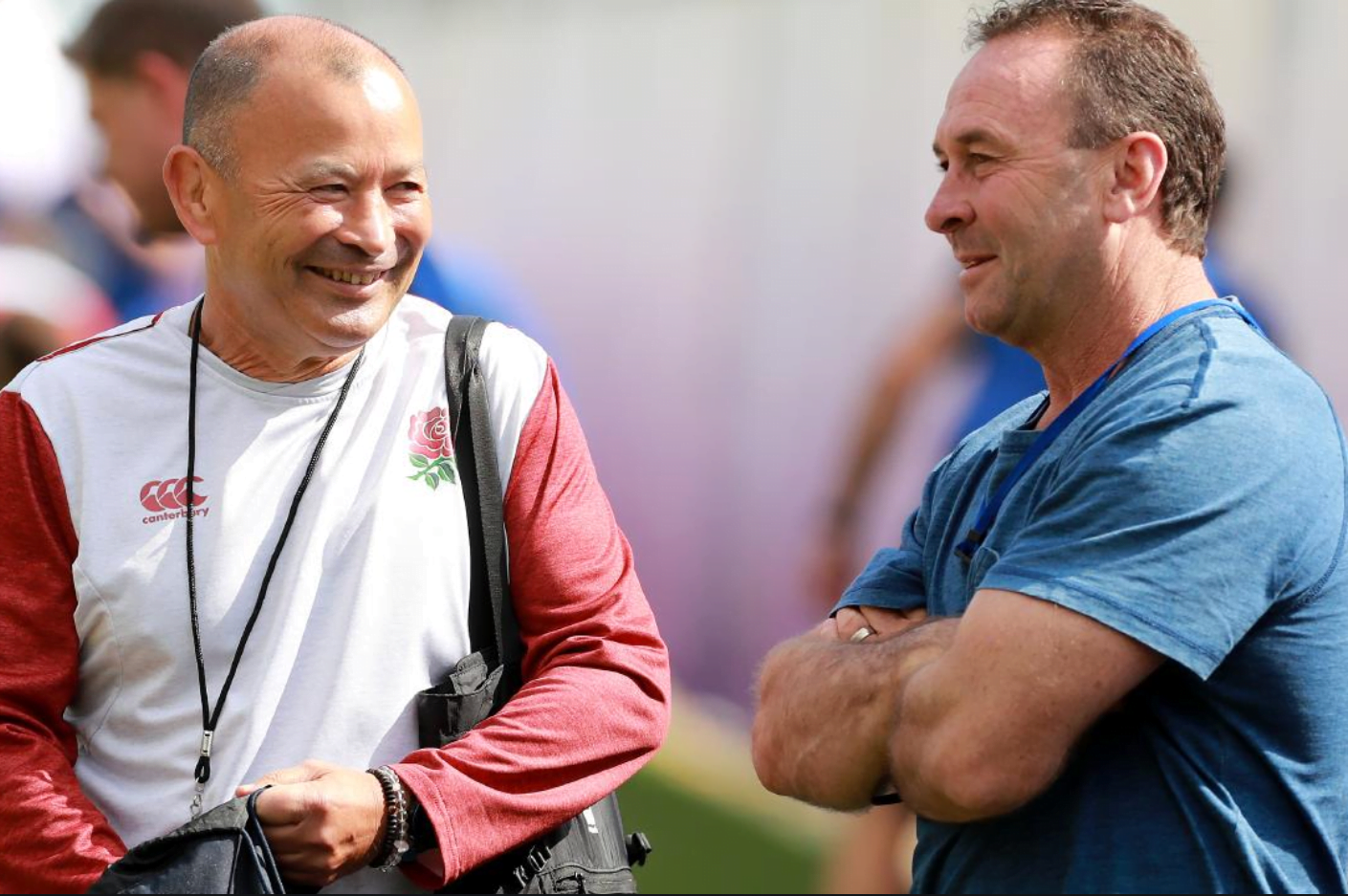 Beppu: Ricky Stuart and two of his top Raiders generals were taken into England’s inner sanctum on Tuesday.

The trio were photographed in conversation with Neil Craig, another Australian inside Camp England, on the sidelines. Stuart and Jones also enjoyed a laugh during the session, before chowing down over lunch in the England team room.

England defence coach John Mitchell said bringing in expert outsiders was one of Jones’s strengths as a coach.

“One of the great things I believe Eddie does in our environment is very much a learning environment,” Mitchell said. “Ricky is not the only coaching group from rugby league or any other sport that has come in. We have them on a regular basis and so at the end of the day we want to see what we are doing that can be improved and we like to learn off others and that’s the great opportunity we have.

“It’s just a watching, a learning and a sharing process that occurs so it’s awesome. If you were to ask any of the other coaches and players, to get somebody in we can share and learn off and create a stimulus around.

“They’ve just recently played in one of the major rugby league competitions in the world [the NRL grand final], you’d be stupid if you weren’t able to gain something from that.”

“They are very open about coming in and a lot of the boys speak to them and look to pick up things for their game,” Daly said. “They watch training and extras so it’s good to ask them if they see anything that you could bring into your game. It’s a good way of doing it and it’s interesting to see what they’ve got to say.”

By The Sydney Morning Herald

Ricky Stuart is exclusively managed by The Fordham Company.