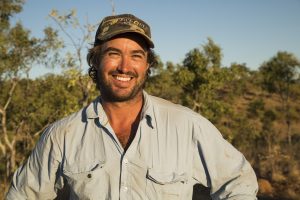 National Geographic today announced the return of helicopter pilot turned animal rescuer, Matt Wright, for Season 3 of Outback Wrangler. Due to premiere first in the world to National Geographic audiences in Australia in December 2017, in Season 3, every episode will see Matt Wright and his mates Jono and Willow catch at least one monster croc! It’s dangerous work given crocs have the highest recorded bite force of any animal on earth, but danger comes with the territory.

In the dramatic scenery of Australia’s Northern Territory the saltwater crocodile population has been protected for over 40 years. The crocodiles have had time to grow! But the bigger they come, the greater the need to protect these magnificent predators from human encounters.

The 8 x 30mins episodes will follow Matt and his companions as they sweep across the Northern Territory risking life to ensure that wildlife and locals are safe in the relocation of giant crocs.

Jerry Butterfield, Fox Networks Group Director of Content and Communications said “Following two series’, hugely successful both locally and internationally, we are thrilled to continue to have Matt Wright as a National Geographic family member. Despite having too many broken bones to count over his career, he has dedicated himself to relocating large animals that find themselves in the wrong place at the wrong time, and we can’t wait for audiences in Australia, and around the globe, to witness his latest dangerous adventures and conservation mission”.

Matt Wright is exclusively managed by The Fordham Company and is available for interview regarding Outback Wrangler Season 3 launch. For any enquiries please contact Nick Fordham, [email protected]