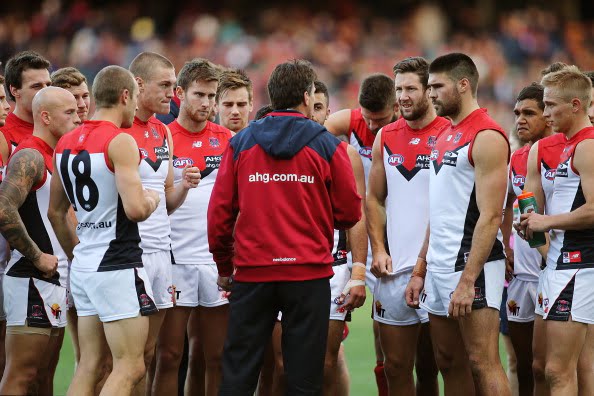 By Paul Roos, The Australian

The past 2½ years have been extremely fulfilling working with the business community. The lessons I learned through playing and coaching have been invaluable, as I develop my own business Performance by Design.

Instilling a really strong culture through creating a really clear set of behaviours has allowed companies to flourish. Bringing these behaviours to life through a clear understanding of what is expected, what is rewarded and what is challenged.

In order to achieve this, one of the most important elements is creating a safe environment so everyone feels comfortable to contribute. It is imperative for leaders to invest time on their staff and build really strong relationships.

Having coached the Sydney Swans, where I played, one big advantage was that I had already developed relationships with my players.

Going to the Melbourne Demons in 2013 I really didn’t personally know any of the players that I was about to lead. The first three months after I arrived with my new coaching group I focused a great deal of time and effort into building these new relationships.

Why is it so important?

1. If people think the leader genuinely cares about them they will immediately feel valued.

2. If the leader has a greater understanding of his/her staff he will be better equipped to communicate with them and ultimately get the maximum out of their ability.

3. When giving feedback the leader is no longer seen as the boss. He/she is seen as an ally who genuinely wants the staff and the business to improve.

4. Staff are more likely to contribute new ideas and give feedback to the leader which will contribute to moving the company forward.

It is important to not only give leaders but all staff a chance to improve their leadership skills.

Last year I attended a conference called Nurture Her and had the pleasure of not only speaking but participating in the entire event. With amazing speakers in both business and health it reinforced why we need to give our staff the tools to make a huge contribution to not only their workplace but their lives in general.

For 200 women business leaders to be shown everything from meditation through to the success of some of Australia’s biggest companies was absorbing. I know for some the impact was life changing.

One of the great quotes I’ve recently read is “Your health will determine the health of your business”. I believe this personal development relationship piece is so strong that I am now part of the Nurture Group movement. Having bought into the business which has three events in Fiji; Nurture Change, Nurture Her and Nurture 360, I am committed to continuing to develop a generation of leaders who can drive businesses through behavioural relationship driven leadership.

Imagine going into work knowing that your leader was heavily invested in you as a person and not just as an employee.

Your leaders have been given the tools to lead with self-awareness and a sense of how important their behaviour impacts on yours.

They are now giving you the tools for your own personal development to become the best possible person you can be — not just focusing on their and your technical skills, but skills that will enable you to create a much better overall life.

We all look to role models, both people we know and people we admire from afar.

Some of my role models growing up were basketballer Michael Jordan and his great coach, Phil Jackson. I was impressed by the fact that Jackson really nurtured his team often giving them books to read on “away” trips and teaching them meditation and mindfulness. He was invested in their overall wellbeing.

His greatest legacy perhaps was his ability to convince his most talented player that he needed to make his teammates better in order for the team to win the title.

He explained to Jordan if you can engage your teammates more, both on and off the court, we will improve significantly as a team, we will win titles and you will be forever known as a much better player.

Jackson and Jordan went on to win six NBA titles and true to Jackson’s word he turned Jordan into the greatest player of all time.