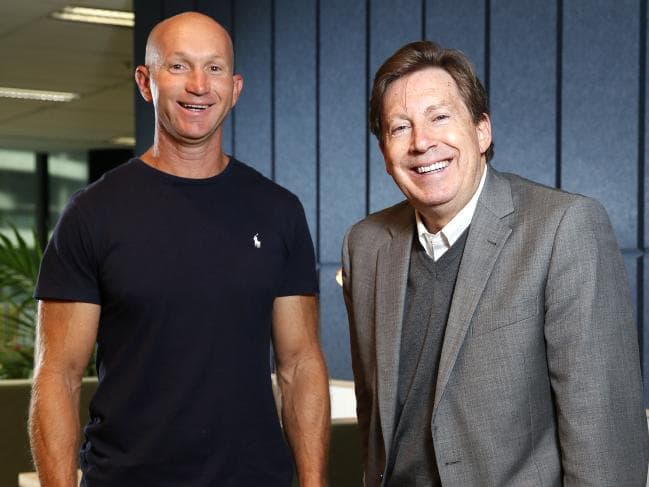 What if I told you that the answer to combating one of the world’s most devastating brain diseases was not something sitting on the shelf in a pharmacy, but something on the end of your fork?

That’s the philosophy behind Dr Dale Bredesen’s groundbreaking research into dementia, a heartbreaking and wide-reaching disease that affects about 447,115 Australians. Up to 70 per cent of those people likely to develop Alzheimer’s.

Those numbers are climbing, too. Dementia Australia predicts that the number of people living with dementia will grow to 589,807 by 2028 and 1.07 million by 2058. And that’s where Dr Bredesen comes in.

Dr Bredesen, the author of the groundbreaking book The End of Alzheimer’s, is in Sydney this week at the 7th BioCeuticals Symposium to share his amazing research.

Dr Bredesen believes dementia and its associated diseases are not just preventable, but reversible. The answer, he says, lies in simple lifestyle changes.

“Thing about Alzheimer’s disease is that we always look at the ‘how’ of treatment, but we never spent enough time focusing on the ‘why’ of it occurring in the first place,” Dr Bredesen says.

“That’s what I’ve done, and what my book covers. It’s a protocol for preventing, and helping treat, dementia and Alzheimer’s disease.”

His research is predictably complex, but can be most easily summarised with idea that three key factors — lifestyle, diet and sleep — are major contributors to the onset of dementia, and by making simple changes to the way we live, we can drastically reduce the risk of developing the disease, and help reduce its impacts in those already suffering.

The idea is that Alzheimer’s disease develops as a response to a build-up of amyloid proteins in the brain. Dr Bredesen’s work focuses on what causes that build-up and how to avoid it.

“When you produce this amyloid, this is actually a protective response to several problems,” he said.

“So, why do you have the amyloid? What we’re looking at is why did you get it?”

The answer, he says, is combination of factors — including gut health, exposure to mercury through fish or dental work, and poor nutrition — but most link back to the modern diet.

“The idea of going after something so complex with one drug makes little sense,” he said.

“We tend to eat a diet that is not the diet we ate thousands of years ago. We have way too many grains, too much dairy — and the biggest one of all — simple carbohydrates, sugars.

“So this is a protocol to stop this illness developing, and for generations to come, Alzheimer’s and dementia might be a thing of the past.”

• Diet: Dr Bredesen advocates the Ketoflex 12/3 diet, which induces mild ketosis that forces the brain to burn fat (which he describes as a “clean fuel”) rather than carbohydrates. It means fasting for 12 hours after your evening meal, and finishing dinner at least three hours before bed. He also suggests limiting meat to two or three meals per week, and only eating SMASH seafood (which stands for salmon, mackerel, anchovies, sardines and herring) and avoiding tuna.

• Exercise: When training for your brain, Dr Bredesen says you should be exercising four or five days each week and combine aerobic fitness — including jogging, cycling or brisk walking — with weight or resistance training, aiming to hit a minimum of 150 minutes of exercise every week.

• Sleep: To get the maximum healing benefit of sleep, Dr Bredesen says you should be aiming to get as near as you can to a full eight hours every night. While any kind of chemical-based sleeping aid is out, he says you can use melatonin supplements, which also naturally occur in the brain.

Question: Does brain training actually work? Should I be working out my mind just like I exercise my body?

Answer: Your question arrived at the perfect time, because I was able to ask Dr Bredesen that very thing for you. He is a big advocate of keeping your mind in shape, and while there are plenty of mobile phone applications designed to do just that, he also recommends traditional crosswords and sudoku puzzles to give your mind a healthy workout.

Adam MacDougall is exclusively managed by The Fordham Company.