DARREN MCMULLEN TO CO-HOST THE VOICE 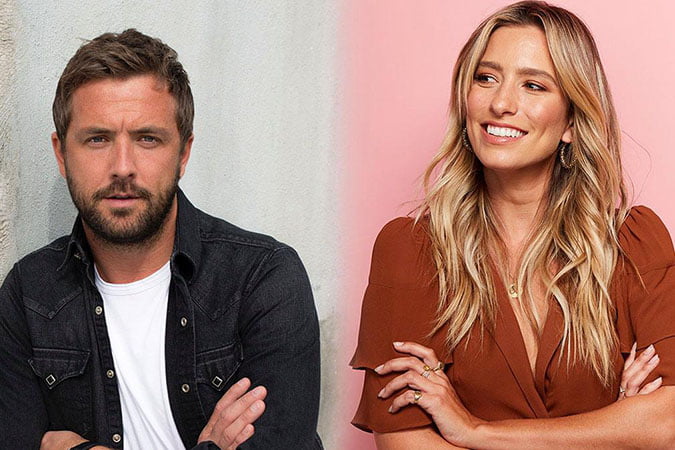 2020 sees the return of Australia’s entertainment sensation, The Voice, in what promises to be the biggest and most thrilling season yet, featuring some absolutely amazing voices from around the country.

Fronting the show this season is an all-new dynamic hosting duo of Darren McMullen and Renee Bargh.

McMullen returns to the show after having hosted the first four seasons of The Voice Australia as well as The Voice Kids, and having played roles in the Logie award-winning drama House Husbands and SeaChange, both on Nine.

“I’ve hosted a lot of fun shows around the globe since leaving but nothing compares to the buzz you get from walking out onto The Voice stage”, said McMullen. “The seasons that I hosted were the most fun I’ve ever had in television, and I can’t wait to pick up the reigns again to front the biggest show in Australia.”

An Australian native, Bargh is a newcomer to The Voice family, although is no stranger to rubbing shoulders with some of the biggest stars in the world, having spent the past decade as a host on Emmy award-winning US entertainment show, EXTRA. She returns home to star on Australian TV for the first time in ten years.

“It’s an absolute dream come true to be heading home to Australia and joining The Voice family”, said Bargh. “When it comes to entertainment television, it doesn’t get much bigger than The Voice. I’ve always been a huge fan of the show and am looking forward to meeting the next wave of incredibly talented Aussie artists”.

For the first time, all four superstar Coaches will return, following a stellar showing in season eight which left fans eager for more.

Kelly Rowland, Guy Sebastian, Delta Goodrem, and the reigning winning Coach Boy George all return to battle over the next wave of breakout artists, with plenty of surprises in-store.

They won’t hold back in their opinions of the artists and of one another, as they work alongside their teams of artists to ultimately decide The Voice of Australia for 2020, following in the footsteps of last year’s powerhouse winner, Diana Rouvas from Team Boy George.

Darren McMullen is managed by The Fordham Company.