ACCOUNTABILITY THE KEY TO SUCCESS: BUSINESS CAN LEARN FROM FOOTY – PAUL ROOS 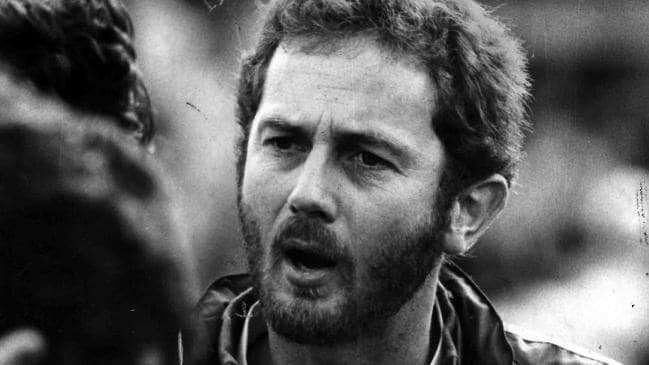 As an 18-year-old, I quickly got thrust into a world of accountability. I still remember one of my first training sessions under my senior coach, Robert Walls.

I casually put my footy gear on and trotted down the race of the Junction Oval and started to run a warm-up lap prior to the start of our main training session. As I got three-quarters of the way around the oval Wallsy bellowed at me: “Don’t ever come out here and train looking like that. Get back inside and sort yourself out.”

What seemed like something I’d done hundreds of times as a junior was now being heavily scrutinised. I looked down and realised exactly what he was talking about. The jumper not tucked in, socks sagging down over my boots and my laces not even tied up properly.

The life of an AFL player is transparent in everything that you do. It is critiqued in some way, shape or form.

Whether it is coaches, teammates, friends, work colleagues or the media, everyone gets a say.

While at the beginning of your career it can be like getting punched in the face, after 17 seasons you crave accountability and feedback and thrive on it.

Moving into coaching and an era of full-time players and staff, accountability has gone to another level. In 1999, I travelled overseas to live and attended many sporting franchises in the US. Back then all of our games were televised and the coaches would dissect them weekly.

I find that in the US, even the training sessions were videotaped. This was something I brought back to the Swans and it became a way of educating players faster, by creating good habits at training that would translate to game day.

I want to make this clear. High- performing sporting teams and businesses must have a high level of accountability. And it is not accountability just so we can have extra work or annoy all our staff.

Coaching is all about creating a model of accountability that drives standards and achieves outcomes.

The accountability model at an AFL club would generally look like this:

● Team review on a Monday morning: a clear understanding of what worked and what didn’t.

● Leadership group review directly after the team review. Leaders must be role models so they had to learn faster and action good behaviours so that they could lead the rest of the team.

● Tuesday: individual players accountability. Every single player goes over his game with his direct coach.

● Wednesday: small groups (forwards, backs, mids) looking forward to the next week’s performance and what they need to focus on against the upcoming opponent.

● Thursday: final team meeting clarifying the areas we are going to hold ourselves accountable to for the weekend’s game.

● Game day: pre-game individual discussion with every player to clarify exactly their role in the team.

What is your accountability model?

Do you have one?

How regularly do you meet?

What criteria do you set to determine the feedback?

How do you train your staff to improve post the feedback?

The accountability model will vary from company to company and clearly the AFL model with games on a weekly basis lends itself to this system. I suspect that too many organisations have created the half-yearly or yearly review.

You are doing your staff and your company a disservice if that is the system you have in place. How is it fair if you only tell your employees only once or twice a year how they are performing?

Not only is it unfair to them, but ultimately the company cannot improve at the rate that it should.

Now think about the role of the coach or leader. You must get the best out of your team.

I remember as a player the thrill I got from positive feedback and it made me feel like doing it again and again. It fuelled my love for the team and cemented my commitment to winning. The more positive feedback I got the more I would give. Even though the negative messages weren’t as enjoyable, I realised they were given to improve my performance and ultimately that of the team.

It has been more than two years since I left the coaching fraternity, but I still crave accountability.

Far from fearing it, embrace it, and know that it is a road map to greater success.

By Paul Roos, The Australian

Paul Roos is a premiership-winning AFL coach and is exclusively managed by The Fordham Company.

To have Paul Roos speak at your next event, contact Hamish, [email protected]